Skip to content
Having an eating disorder is not a discipline issue, it is a mental health issue that should be talked about
Thriving

Jeynelle Ng
Social Media Influencer
At the tender age of 13, Jeynelle became caught in the vicious eating disorder cycle even though she was too young to know what an eating disorder was. It took her years to realise she needed help but now, uses her platform of almost 100k followers on Tik Tok to spread awareness on mental health issues and her struggles with eating disorder. She is now an inspiration to others on Tik Tok, marketing lead at X Spin Club and a Wahbanana talent. 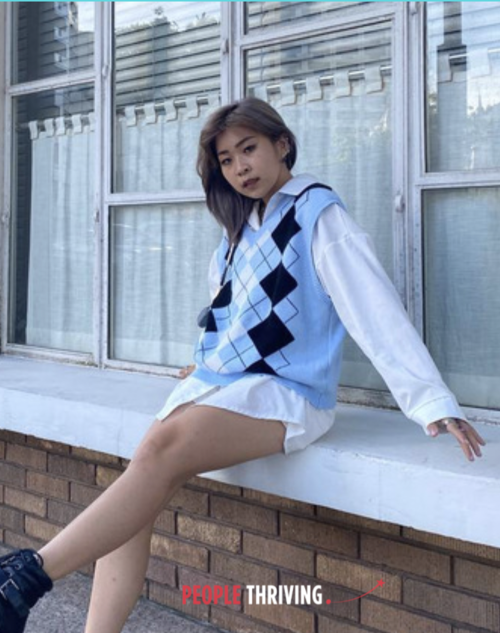 1) How did you develop an eating disorder?

When I was 13 years old, I did not know what an eating disorder was, but I was insecure about my body because I was slightly overweight. Me being bullied in secondary school due to my weight made me even more insecure. People would constantly make comments calling me “fat”. I faced fat shaming since primary school but the name calling escalated in secondary school because I was the largest one in my group of friends. My insecurities led me to binge eating every recess due to my love of food, but I puked out all the excess food after each meal because I my mindset was that I did not want to gain weight. At that time, I still did not know what an eating disorder was, but this cycle continued for years even up till now where I took the time to read up and discovered that I had bulimia.

2) How long were you facing your eating disorder alone?

It took me a very long time to discover my exact diagnosis. I knew that I had an eating disorder, but I did not see a doctor for it because I thought that I would be able to cure it myself. I did not seek help and instead would just feel negative emotions (sadness etc.). In the end, I only sought help when I was 19 which was last year when I went to Mount Elizabeth for a private consultation with an eating disorder specialist.

3) What was the turning point for you? (When you realised that change was needed)

I think the turning point for me was when everything was going downhill where I was bingeing and purging daily because I was under a lot of stress from schoolwork, and it was really devastating for me. I realised that something was wrong with my body, and I felt that I really needed help. So, I told my dad “I need to see a doctor. I think have an eating disorder.” For me, my parents are not exactly educated about eating disorder issues, so they were originally in denial and were resistant towards the idea of me visiting a doctor. I insisted but they still refused so I ended up seeking help from my aunty and uncle to bring me to the doctor. That was when I was diagnosed with bulimia and depression. The root cause of my bulimia was actually my depression.

4) What do you wish you had done sooner?

My wish is that I sought help sooner and recognised that there was something wrong with my body. When my eating disorder first started, I still thought it was normal and thought that my disordered eating was okay.

5) What is some advice you have for others who are facing eating disorders?

For now, honestly, I have stopped visiting the doctor because it I realised it did not really help. Instead, I try to surround myself with happy thoughts and deal with this alone with the help of my family members and my boyfriend who actively remind me to eat proper meals without overeating at the same time and snack appropriately as well. So, with that, my advice to people would be. Do seek help. If you think that help is not the best therapy for you, think of ways to surround yourself with positive energy.

6) What motivated you to start posting on your account to spread body positivity?

What motivated me to start posting on my account was that I realized that there was a real need to talk about issues of mental health. This is especially because I feel that it is very underrated and needs a lot more attention.

7) Moving on, what are other things you would like to use your platform for?

I would definitely like to use my platform to raise issues about mental health as well. I think I talk about it more on Instagram now because I feel that it is easier to word it out than on Tik Tok and I already have an audience that knows about my eating disorder. I think I would like to share out of context is that many people tend to think of eating disorder as nothing. I do receive comments that “my eating disorder is just a façade and that I just have no discipline in controlling your eating habits that’s why you are fat and stuck in the bingeing and purging cycle. You just have no discipline, and it is not a mental health issue” I think that these opinions on eating disorders really need to be addressed by health experts to let people know that eating disorder is real and it is not because I have a discipline issue.

8) If you could do/change anything in Singapore or about your life, what would it be?

If I could do anything to Singapore or my life, I would change people’s thoughts on eating disorder and mental health and let people know that it is way more serious than what we think. Part of the problem is that society is not taking this seriously because everyone thinks that it is not important. The same issue can be seen with depression where people say, “Just be happy”. How can you tell someone who has depression to just be happy? There’s an issue there that needs to be addressed.

To me thriving means being comfortable with the life you lead and being happy in your own body. That is definitely the meaning of thriving for me.