Skip to content
Community work starts with sitting down and listening to the families, what are they telling you, what do they want you to know.
SGStrong, Social

Abhishek Bajaj
6th sense, SGStrong Grantee
At 6th Sense, Abhishek engages and connects with the communites at Kebun Baru. He regularly plans activites for the children to bond and communicate with them. During Covid-19, he also reached out to multiple communities with sanitisers while educating them about hygiene so that they will be well prepared for the pandemic. He constantly seeks for opportunities to help as he hopes to bridge inequality so that nobody will be left behind. 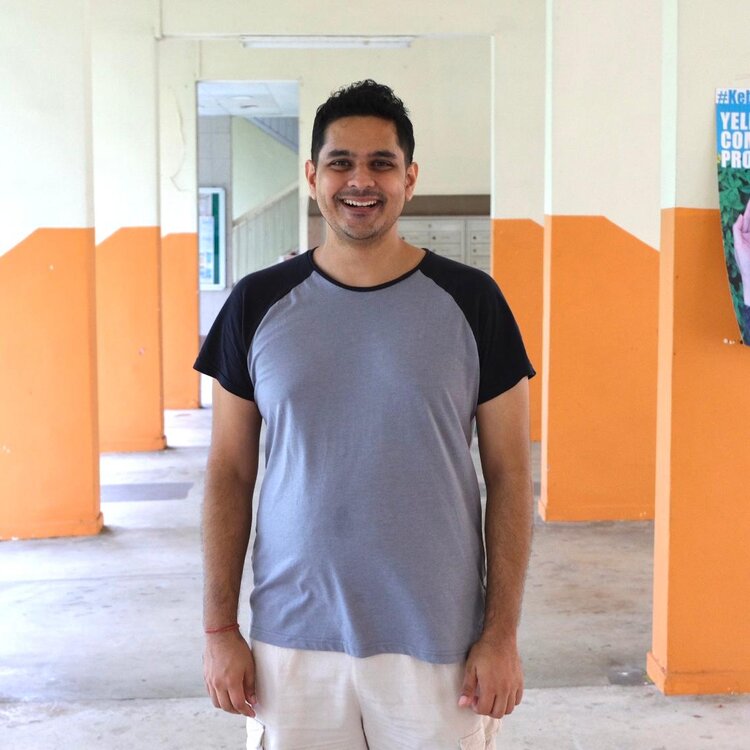 1) What inspired you to help the low-income families within smaller communities specifically?

In 2013 when I first started walking the ground at the Lengkok Bahru rental blocks, I was struck by the number of flats in one block. It was a stark contrast to my own 5-room flat which has more corridor space. Furthermore, I felt my eyes had opened up to the rich-poor divide that existed at Redhill. On one side of the MRT track, people lived in condominiums and would dine at Dempsey. On the other side, they lived in cramped spaces. It was the first time I realized that poverty was so pervasive around me, and it had taken 21 years for me to realize this.

This happened because Bernise and Shaun from Syinc had given me an opportunity to be part of their Under The Hood hackathon that aimed to provide crowdsourced solutions to  education and  jobs areas That was a powerful introduction which eventually led me to do an internship with them in 2015 during which  I conducted an independent study on the lived experiences of children in the rental flats. I was keen to understand the effects that poverty has on child development. The first interview I had was with a teenager who did not speak much English. So I got a friend who spoke Malay to help translate. I was curious as to why kids spent so much time outside their homes in the void decks. It was because this teen felt there wasn’t a lot of personal space in his flat and so looked for it outside.

I went on to do a broader study on lived experiences of the family members when I was with Beyond Social Services (BSS). This study built my curiosity further and I joined BSS as a Community Worker for six months. This was a transformative journey as I spent lots of time in the community interacting with the children and getting to know them better. I believe that just the act of being present with them day in and day out helped to build a sense of trust that carries on till this day. My team did a lot of projects in the community and it was a very different experience from what I have had thus far.

2) You were a community worker for a long time. Were there any difficulties you faced during this journey? If so, what were the difficulties and how did you overcome them?

Community work needs vulnerability and emotional tenderness. It requires a commitment to affirm the families, to listen to them and to take action to bring about an improvement in their lives. And it took me a long time to go through this transformative journey as a Community Worker with Beyond Social Services. In fact, it carries on till this day.

Initially, I had brought in the introspective researcher lens to the work which resulted in my asking lots of deep questions about finances and family dynamics. Increasingly, I observed that this was leaving the families in a worse- off state, which became evident with the drop in their enthusiasm. As I reflected, it dawned on me that I was using the power dynamics to find out about them without sharing much about my life or putting in effort to build some trust first. This affected me greatly, and I realised that community work is about relationship building which required both sides to participate. The relationship based on trust is anchored on spending time with the families and letting the conversations over months and years naturally lead to answers to the questions I was asking in my first meeting with them. 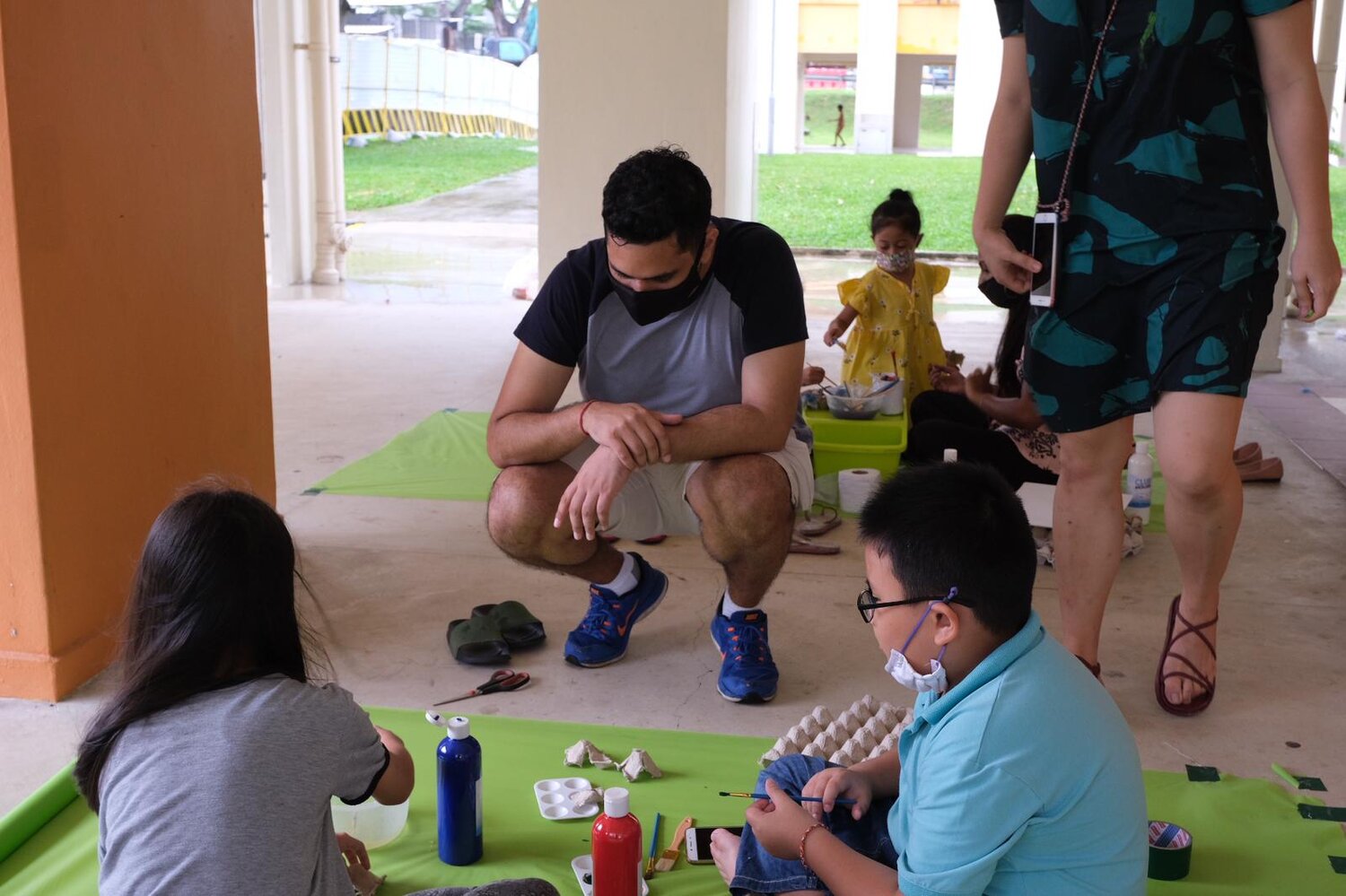 3) Has there been anyone who has been instrumental to you during this journey? Why?

I would say that it was the children of Kebun Baru who have been instrumental in my journey. Their enthusiasm, trust and love have been my motivation all this while to keep on in this journey. I truly believe there is a social trust we have built after being with one another over the last few years.

4) What was the most memorable time for you helping these communities? Why?

The most memorable time with them was in 2018 when I used to spend a lot of my weekdays in the neighbourhood organising programs and meeting with residents. There were a few children who would accompany me when I visited the residents. These visits gave me an opportunity to interact with and get to know the children better. On days when I was not around, they would call me and ask when I would come next. These interactions and the trust built were defining and motivating me till this day.

During the initial sessions at 6th Sense, though we had some ideas for the activities we planned for the children, we quickly realized we needed to take the cue from the children themselves as they had their own sense of what play looked like. When we observed that they enjoyed playing with cardboard boxes, we planned a session for them to design what they imagined their future homes to look like, with large card boxes that we provided them with. This was a memorable session as such intuitive play was a big revelation for us. We are not here to serve our plans, but rather our communities. 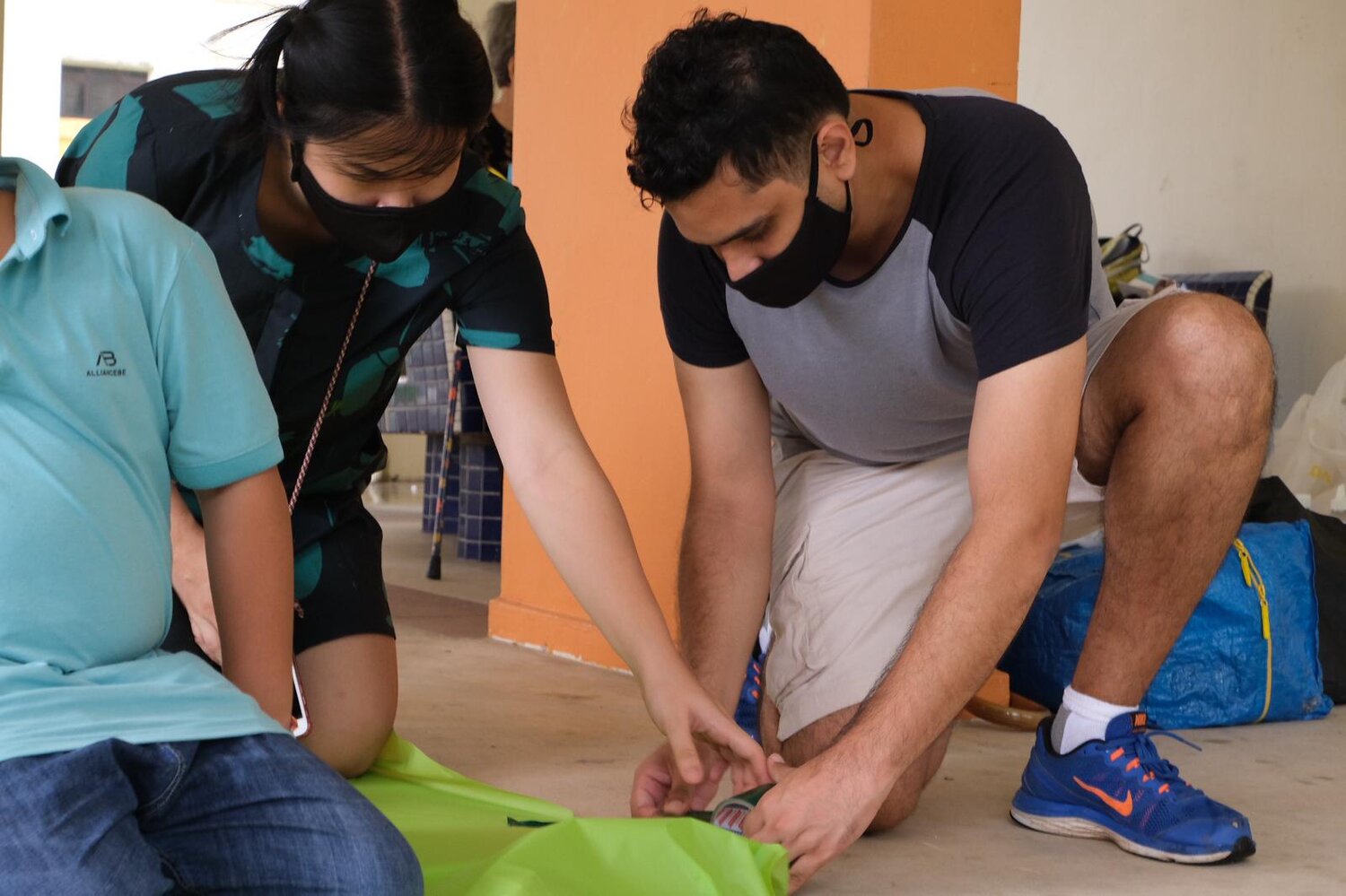 5) What is something you would say to someone who is struggling right now?

Struggling makes me queasy as it is not an easy state to be in. For me, it really helps to revisit the reasons or go back to the community to remind myself of why I started off on the journey. I also surround myself with friends who can provide me with ideas and feedback to help me achieve clarity on the objectives. Their ideas unlock doors and help motivate me to keep on trying. Sometimes, when I am going through a struggle, I tend to lock myself in as I do not want any distractions. However, I learnt that  putting out what I was thinking  actually aided me and made me better.

6) What is something you would say to those interested in community work?

I think when you volunteer or participate in community work, you end up walking away richer than when you first stepped in to give. The society’s usual narrative of giving is that one contributes resources to a challenged community and does not feature that in fact, the giver ends up receiving so much more. The giver learns how to be part of a community which brings about a sense of belonging, how to be connected to their emotions, to be alive in the interactions, to express one’s feelings, and learn skills such as event organising and listening to people.

While someone takes part in community work to make an impact, it is not really about making changes to the people they are reaching out to or to their lives. It is not about teaching them financial literacy because one feels they want to do it. Foremost, community work starts with sitting down and listening to the families. It is about creating a space where the residents feel heard and loved. It is about instilling a sense of appreciation of their lives and the community they are in. It is also about bringing residents closer, so they can form deeper ties with one another.  This is especially important because they are living there day in and day out. It is important that one feels safe in their neighbourhood and as a community worker one can facilitate that. It is only then that one can start enquiring their thoughts about finances and other issues like healthy eating. This really ensures you know about the family and the family knows about you, and then to have an understanding of their thoughts on all the issues.

Community work is only possible when one does a lot of inner work on themselves, to connect with themselves and be vulnerable with the families. That is the starting point of community work and the framing is essential. 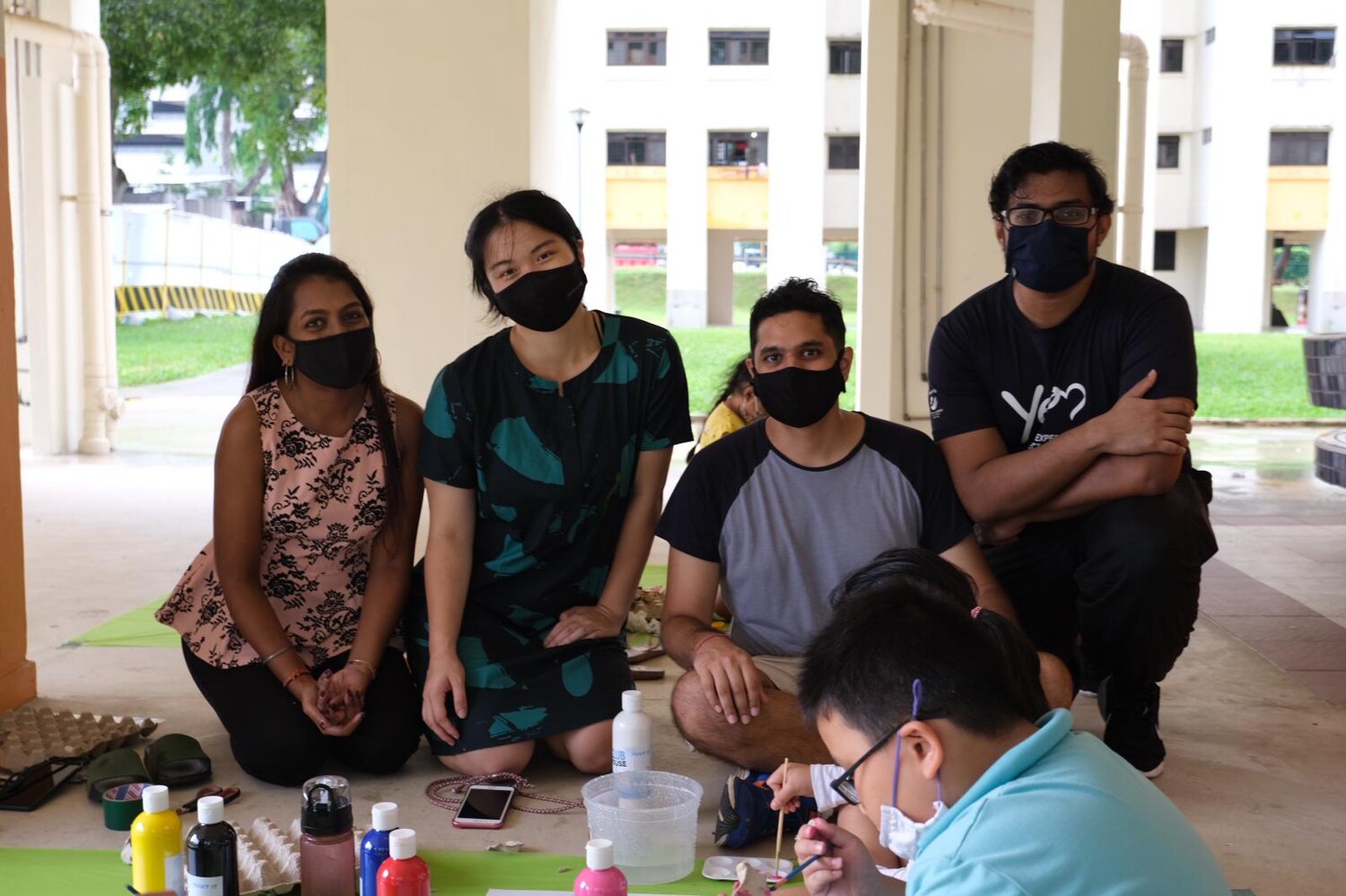